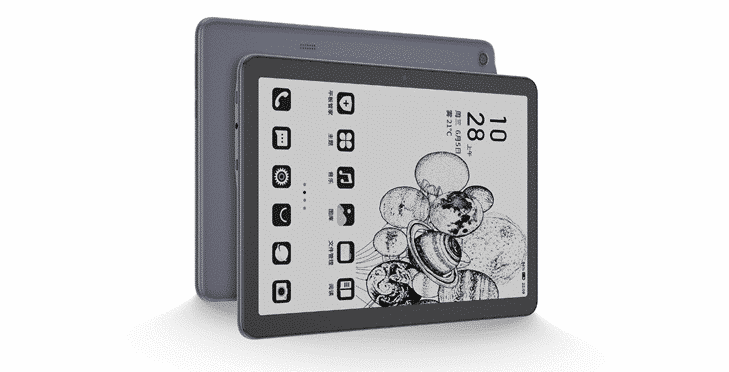 Hisense is a brand that has exclusively focused on E INK phones. They announced a few color models this week, but the company is also going to be releasing the Hisense Q5 Tablet on June 10th and it will retail for $324 on JD.

The Q5 features a 10.5 inch E INK Carta HD display with a 16:9 aspect ratio and HD resolution. It has a gyroscope, so you can quickly flip the orientation from landscape mode to portrait. Underneath the hood is an Octa-core UNISOC Tiger T610 processor, 4GB RAM and there is 64GB of storage, you can expand the storage via the MicroSD slot. It also has a 3.5mm audio jack, an HDMI and micro USB ports. It is powered by one of the largest batteries ever found on an E INK device with 5,050 mAh with 5V/2A Quick Charging Support. The rear facing camera is 5MP f/2.2 camera sensor and is located at the upper left corner and it has an LED light. The front facing camera is 2MP f/2.4, perfect for video chatting or the odd selfie.

Here are the supported network bands for the SIM card.

It remains to be seen if this device will have Google Play. Some of the promotional imagery for this tablet show a bunch of apps, but all of the Hisense phones do not have an easy way to download apps, since Google Play is not on them.

Michael Kozlowski is the Editor in Chief of Good e-Reader. He has been writing about audiobooks and e-readers for the past ten years. His articles have been picked up by major and local news sources and websites such as the CBC, CNET, Engadget, Huffington Post and the New York Times.

Osmo learning kits are on sale from $28 with Base for iPad/Fire Tablet, bundles, more