An upcoming Lenovo device has passed the FCC certification in the US. With the model numbers PB-6505M and PB-6505MC, the device is listed as the Lenovo Tab v7. However, the device is being speculated could be released as the Phab 3, the successor to the Phab 2 Pro. As expected from FCC, the listing does not reveal many details about the tab but it is seen that it could feature a large display size, a big battery, and run on Android Pie OS. 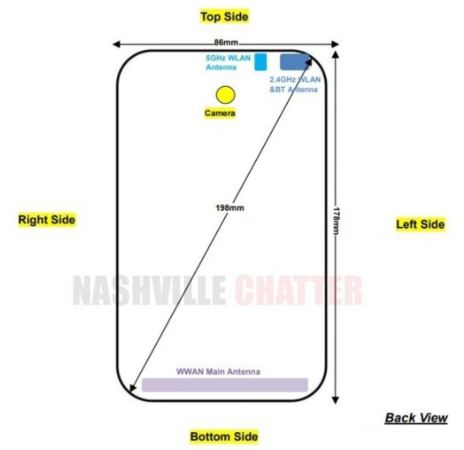 First spotted by Nashville Chatterclass, the Lenovo PB-6505M device has been listed with 178mm height, 86mm width, and diagonal screen that measures 198mm. These figures suggest the display will be greater than 7-inch in size, and perhaps closer to 7.8-inch. The FCC listing also mentions 5,180mAh battery, fingerprint sensor on the back, Android Pie, and support for dual-band Wi-Fi.

The folks at XDA Developers checked out the model number at Google Play Developer Console and found it listed as Lenovo Tab V7. This device is mentioned to have 1,080 x 2,160 pixel resolution, 18:9 aspect ratio, Snapdragon 450 SoC, and 3GB RAM.

Coming back to the naming, it remains to be seen what name Lenovo chooses to go with for this device. While it is listed as Tab V7, the ‘PB’ prefix in model names was previously used for the Phab series (the original Phab was PB1-750M and Phab 2 Pro was PB2-690M). Hence, with the PB6505M and PB6505MC having the ‘PB’ prefix, we can assume that that device could be the Phab successor. Usually, Lenovo uses ‘TB’ prefix for its tablets (Lenovo Tab P10 – TB-X705F).