Shocking footage reveals how a children’s toy purchased tells a terrifying story of death and suffering.

The blue toy keyboard was purchased from a pop-up store at a Westfield shopping centre in western Sydney and plays a story about rabbits who want to die.

The unsettling story was shared to Reddit by a woman called Reena, from Sydney, who told Newsflare: ‘This present was given to a friend’s baby for Christmas. Needless to say after hearing this, they won’t be playing with it.’ 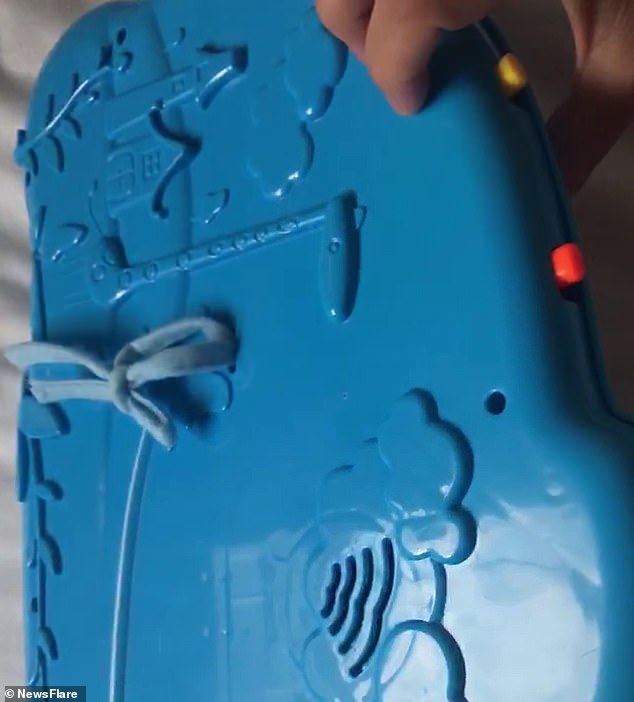 The video showed how the toy played a recording of a woman’s voice announcing a story called ‘The Rabbit and the Frog’ while the keyboard flashed colourful lights and played an upbeat jingle.

The story talks about a group of rabbits who felt that they were ‘threatened by people, dogs and eagles’ and that ‘their lives were full of danger and fear’.

‘They decided to die because they did not want to live in pain,’ the chilling story continued.

The woman’s voice went on to say that ‘all the rabbits ran to the pond together to kill themselves’ but stopped at the sight of some frightened frogs.

‘When a rabbit saw what the frogs did, he suddenly understood. He stopped and cried out “We don’t have to kill ourselves my brothers, at least we are better than the frogs,” the keyboard story said.

The video ended with an unsettling line: ‘In the country of the blind, the one eyed man is king.’

Reena said that Reddit users had speculated on the nature of the strange toy and said: ‘Based on what some of the commentators have said, apparently the audio in this toy was intended for another toy? And it’s a Chinese fable with a couple of different versions.’

One commenter said that the fable ‘has been translated to Chinese and then back to English which makes it sound so crazy’.

Another commenter simply asked the question: ‘Who would tell that story to a kid?’ 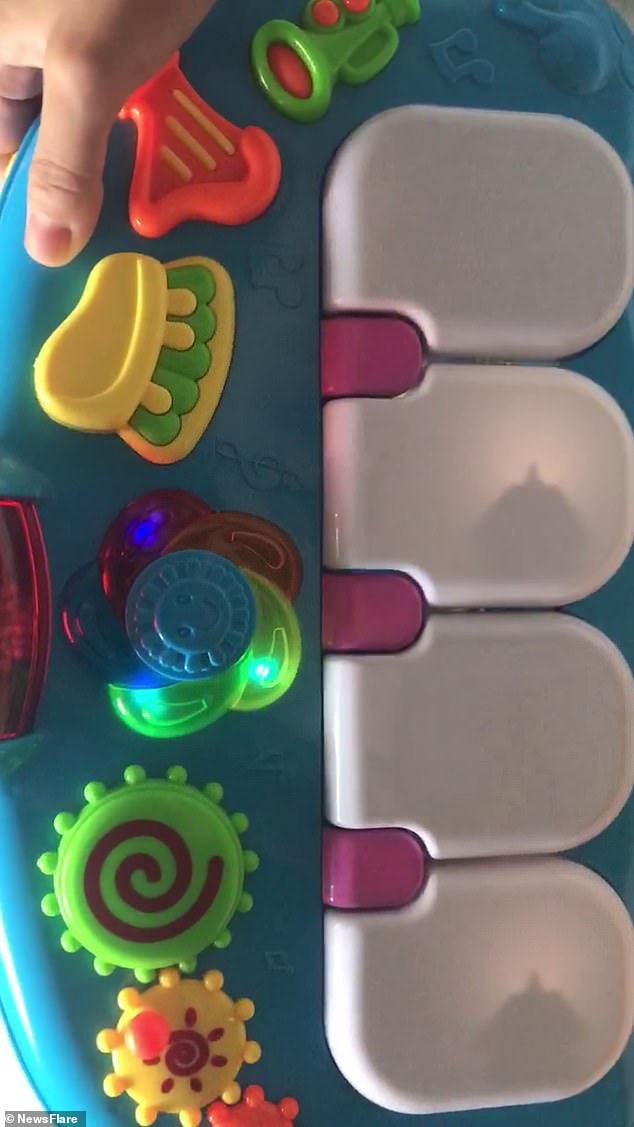