Home FINANCIAL Stock markets Investors have zero conviction in where the stock market goes from here,... 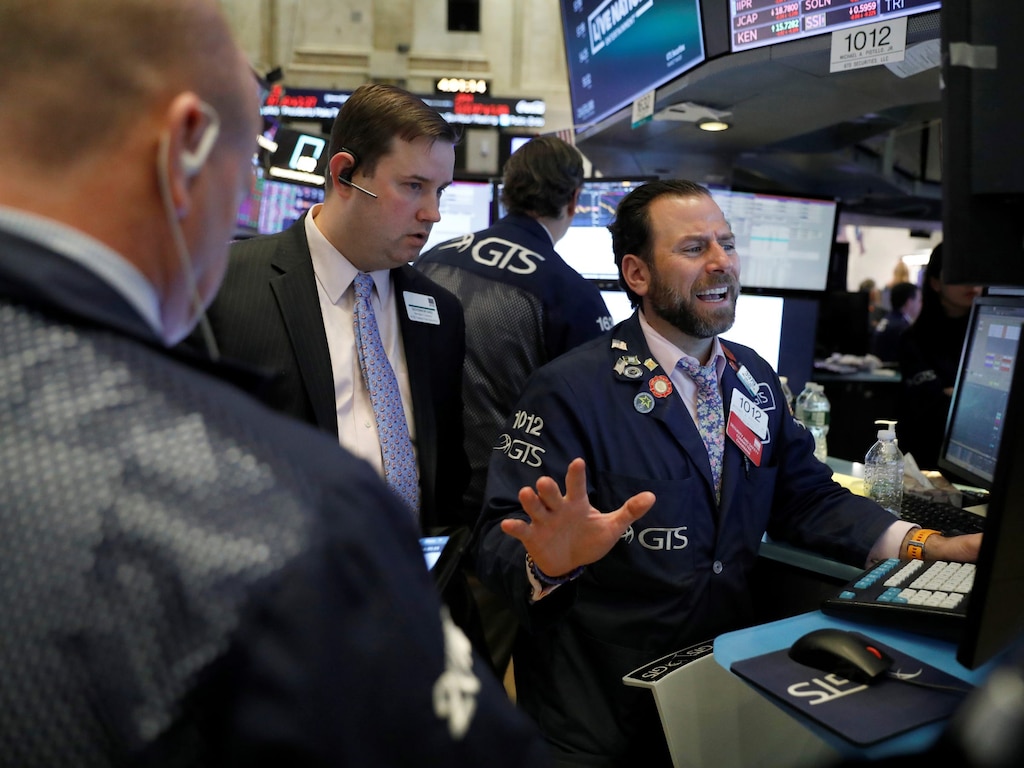 Investors can’t agree on where the stock market is headed over the next six months, leading Nicholas Colas, co-founder of DataTrek, to say that “we’re in a conviction-less market,” according to a note published Monday.

The firm conducted an investor survey and asked: Where do you think the S&P 500 will end the year?

The responses were almost evenly split across all of the possible scenarios. According to the survey:

According to Colas, he’s never seen or done an investor survey when every option from really bad to really good “got basically the same number of votes, and we’re only talking about the next 6 months.”

Colas chalked up the “conviction-less” market to the number of uncertainties remaining given the continued spike of COVID-19 cases in the country and the unknowable economic impact from the disease over the coming months.

Read more: Goldman Sachs has formulated a strategy that could triple the market’s return within a year as volatility remains higher than normal — including 11 new stock picks for the months ahead

Tuesday’s reading of the CNN Fear and Greed Index backs up the lack of conviction found in DataTrek’s survey. The CNN index registered a neutral rating of 48. 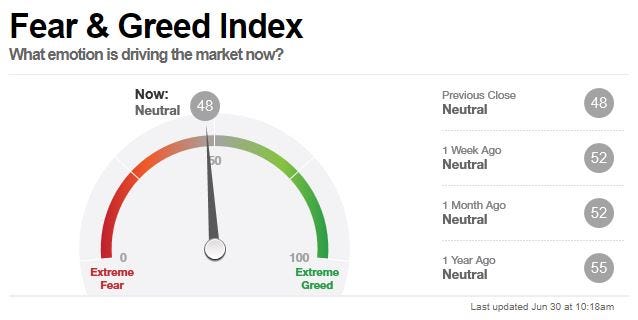 While there is no conviction in where the market may be headed over the next six months, there is conviction in what asset classes will out perform: US large cap stocks and technology stocks.

Thirty-eight percent of DataTrek’s survey respondents chose US large cap stocks when asked which asset class they thought would perform the best over the rest of 2020. The runner up was gold at 29%.

Fifty-two percent of respondents chose technology stocks when asked which US large cap industry group they thought would do the best over the rest of the year.

Despite the lack of conviction among investors in terms of market direction, Colas’ takeaway is that stocks are set to move higher after a weeks-long pause.

“Our take has been that corporate profits are more knowable than economic conditions and equities should continue to rally after a several-week pause. But our survey results show many investors remain wary,” Colas said.

The stock market is poised for a 40% drop, warns economist who says the current climate feels a lot like 1929

Get ready for the stock market bubble to burst – MarketWatch

Review: VOCOlinc VS1 is a highly-affordable HomeKit contact sensor

USD Continues To Labor Vs The Majors