Crypto compliance and investigation provider Chainalysis has become the only blockchain company to make Forbes’ next billion-dollar startups list of 2019, joining the ranks of tech giants—Patreon and Duolingo. Its efforts to tackle crime in the crypto industry and build tools to enable easy regulatory compliance have made it one of the most promising companies in the industry.

Forbes believes Chainalysis will be the next billion-dollar startup

With crime and uncertainty plaguing every corner of the crypto world, it’s no wonder why one of the industry’s most valuable companies is a startup working on combating these issues. Chainalysis, a blockchain analysis company founded in 2014, recently became the first crypto company to make Forbes‘ “next billion-dollar startup” list of 2019. 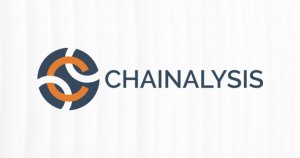 Chainalysis has joined the ranks of 24 other tech giants, who Forbes believes have the potential to achieve a billion-dollar valuation (unicorns). The company has joined the ranks of Patreon, one of the most popular crowdfunding platforms in the world, and Duolingo, the globally popular language learning app, alongside a slew of other tech innovators that include Cyberason, Syntego, Truepill, and Front.

The legendary publication seems to believe that the astronomic growth the company has seen in the past two years will help Chainalysis join the handful of unicorns in the crypto business.

The company just launched a new tool that helps traditional banks and money processing services automatically comply with regulations. It enables banks to quickly and securely verify the source of their clients’ funds – an invaluable tool for banks looking to serve more crypto companies.

That very effort helped Chainalysis’s revenue reach an estimated $8 million in 2018, Forbes reported, adding that it also landed the company more than $50 million in venture funding.  While it’s certainly not the highest funding round in crypto, it put the company under the spotlight and helped it gain mainstream recognition.

“We’re now helping banks understand how they can build programs to allow cryptocurrency businesses to access banking services but also make sure there’s no illicit activity going on,” Jonathan Levin, the co-founder of Chainalysis, said in the interview.

The most valuable accident in the crypto industry

With over 160 employees in offices in New York, Washington, D.C., London, and Copenhagen, it’s hard to believe that Chainalysis’ status as the leading crypto detective was an accident.

Chainalysis’ ability to identify blockchain patterns became known to the public when the company managed to locate 650,000 bitcoin stolen from Mt Gox. The attention Levin and Chainalysis got after testifying in front of a U.S. financial services panel meant that the company had found its true calling – cracking down crypto crime.

There has been a steady increase in companies looking to challenge Chainalysis in the past couple of years. London-based Elliptic and California-based CipherTrace both raised more than $10 million each to track illegal activities on different blockchains. Bitfury, Chainalysis’ biggest competitor, also made the inaugural Forbes Blockchain 50 list and is currently valued at more than $1 billion.

However, despite increased competition and an entirely accidental foray into blockchain investigation, Chainalysis still remains one of blockchain’s most promising companies.

Like what you see? Get more blockchain venture capital news in your inbox…

Subscribe to CryptoSlate Recap, our daily newsletter containing the top stories and analysis.

Priyeshu is a software engineer who is passionate about machine learning and blockchain technology. He holds an engineering degree in Computer Science Engineering and is a passionate economist. He built his first digital marketing startup when he was a teenager, and worked with multiple Fortune 500 companies along with smaller firms. When he is not solving the transportation problems at his company, he can be found writing about the blockchain or roller skating with his friends.

Disclaimer: Our writers’ opinions are solely their own and do not reflect the opinion of CryptoSlate. None of the information you read on CryptoSlate should be taken as investment advice, nor does CryptoSlate endorse any project that may be mentioned or linked to in this article. Buying and trading cryptocurrencies should be considered a high-risk activity. Please do your own due diligence before taking any action related to content within this article. Finally, CryptoSlate takes no responsibility should you lose money trading cryptocurrencies.

Tether Co-Founder: ‘Blockchain Is Not Convenient’