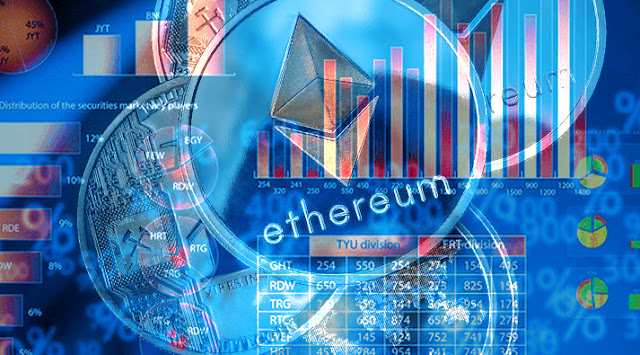 Is it altseason yet? We’ve been asking this question for a loooong time, with no definitive answer. Yet, after each altseason concludes, traders who made sick gains as well as those that got totally rekt stick around waiting for the latest, greatest altcoin season. In this article, we take a look at some of the factors and signals that suggest altseason is upon us.

For crypto novices, let’s first define “altcoin” and “altcoin season”
Any cryptocurrency other than bitcoin is considered an altcoin. Some of the most famous altcoins to date include Ethereum, Litecoin, XRP, and Tether (USDT). From mining coins, privacy coins, and stablecoins to utility or security tokens, there’s an altcoin that plays to almost anyone’s imagination.

Altseason definition
An altcoin season, or altseason, occurs when cryptocurrency markets are getting major mainstream attention, sending droves of new crypto enthusiasts into the arms of trading exchanges and social trading platforms. Why did crypto markets get so much attention in the first place? Usually crypto’s first and foremost coin, bitcoin, is getting all the attention. When FOMO heats up and excitement builds around bitcoin, many people want to participate. But often they find it’s not a favorable time to buy BTC because prices have been driven up by social demand.

That’s when altcoins come into play. With their lower prices and many choices to select, altcoins can essentially piggyback off the attention given to bitcoin. They provide an attractive alternative to a pumping mammoth coin (bitcoin), and welcome day traders from all parts of the globe to try their hand at trading.

We haven’t had too many altseasons, and only one really big one back in late 2017. But now, after over two years of primarily bearish crypto markets, we have a new element associated with altcoin season. And that is represented in the monumental amount of infrastructure that has  been built around altcoins (and bitcoin). From hundreds of crypto exchanges, wallets and payment providers, all the way to interoperable blockchain protocols and DEX aggregators, innovation has continued at break neck speed since 2017 – despite the long crypto winter.

Nobody really knows what will happen in markets due to the economic instability we’ve seen since COVID-19 burst our debt bubble and sent everyone home. If an altseason is going to come, you’ll definitely want to know about it in case you want to take advantage of early altcoin prices or get in early with young, innovative startups with long futures ahead. In case you’re one of those people waiting for altcoin season to start, this short guide will help you figure out how to now when the season hits:

You know it’s altseason when…
…Retail traders rain down on Robinhood
This is probably the truest, purest sign of an altcoin season. Retail traders flood exchanges, many trading for the first time ever. The most recent mini-altseason happened shortly after most people were sent home due to the Coronavirus shutdown. A few weeks later, many of them received stimulus checks as well. Directly after the US checks were mailed out, Robinhood exchange saw a surge in retail stock trading. The company also opened 3 million new trading accounts in Q1 2020 alone.

Most Bitcoin maxis shun altcoins on a good day. When altcoin season rolls around, it really brings out the maximalists’ creativity as they devise and deploy new forms of the word “shitcoin” and issue warnings mixed with a healthy dose of derision to anyone asking about altcoins. Their favorite season is “not altseason.”

…Crypto armies hit the streets
Hordes of supporters around specific coins blanket the cryptoverse with posts, tweets, likes and shares, while simultaneously text-battling anyone brave enough to dis their favorite altcoin.

…Prediction markets see increase in short term predictions
Forget the future – altseasons are for making sick gains now! Though some bag holders will accumulate and hold for the long term, the majority of altseason ‘tourists’ are day trading.

——–
Guest Author:
Mary Thibodeau
A digital entrepreneur and author based in Maine with years of expertise in creating and implementing content strategies for blockchain technology and cryptocurrency startups. She most enjoys exploring the bridges between mainstream finance and the cryptosphere and is always ready to ‘take the leap’.

Should Ethereum no longer be classified as an altcoin?

Sologenic Takes DeFi to the Next Level – Blockchain Technology

Here are the Most Exciting Projects Building on Polkadot

Sologenic Takes DeFi to the Next Level – Blockchain Technology

Why Shadow of the Colossus Is STILL Important, 15 Years Later

Rise of the ROBOSCAMMERS: Cold calling machines bombarding our homes