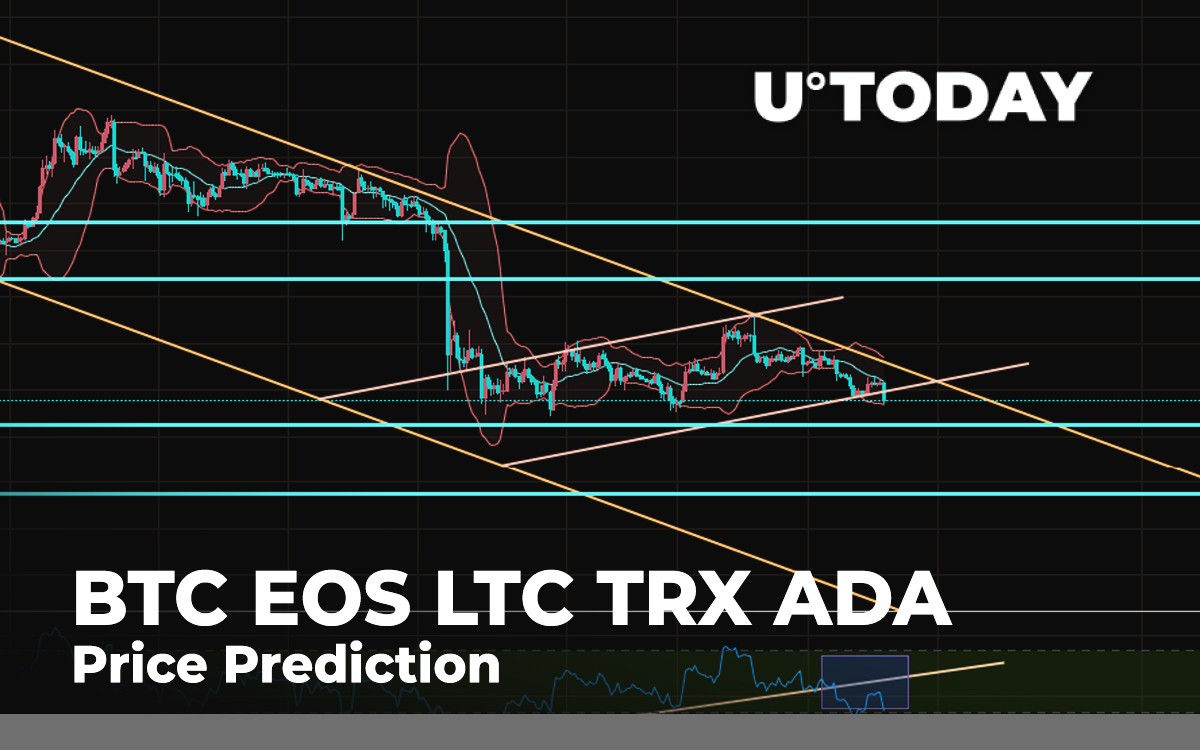 Disclaimer: The opinion expressed here is not investment advice – it is provided for informational purposes only. It does not necessarily reflect the opinion of U.Today. Every investment and all trading involves risk, so you should always perform your own research prior to making decisions. We do not recommend investing money you cannot afford to lose.

The cryptocurrency market has not had a significant movement since yesterday. All of the top 10 coins are facing a downtrend trend, losing about 2% each against the US Dollar.

Looking at the 4H chart, the leading crypto may touch the bottom at the $8,400 level. While it is too early to project the end of the bearish wave (started at $14,000), a small bounce back to $9,000 might happen in the next few days. Moreover, the relative strength index (RSI) indicator is located at the edge of the oversold area.

EOS (EOS) is moving according to our earlier forecast, and an expected support level of $3.25 could potentially be reached in a short amount of time.

Before the rate updates itself with a new bottom, EOS is about to re-test a resistance level of $3.40 through the end of November. However, the trading volume is decreasing as sellers are losing their positions. This has been confirmed by the moving average convergence divergence (MACD) indicator, which is about to turn green. 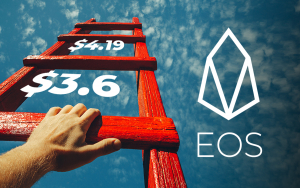 Last but not least, the relatively strong position of the altcoin market is reflected in the decreasing market share of BTC.

While the altcoins have not reacted significantly to BTC’s price dynamics as previously, Litecoin (LTC) can’t seem to get out of the bearish trend yet.

While the trading volume index decreases, the bulls do not have enough strength to even start a local uptick. Furthermore, the lines from the Bollinger Band indicator are moving downward. Respectively, a possible level where buyers might show resistance is at $57.

TRON (TRX) is the biggest loser from our list. Its rate has dropped by more than 3% since yesterday.

Looking at the 1D chart, TRX is located within the triangle, with a possible downward movement. The dominating bearish sentiments confirm the absence of buyers based on the trading volume index and the failure of TRX reaching a crucial resistance level of $0.02. In this regard, traders might expect TRX to reach $0.015 in a short amount of time.

Despite the relative slight upswing, ADA is continuously being pressured by the bears. This is based on data from the 1D chart. Since October 24th, this coin has been on an upward trend; however, one might expect a decline shortly. The MACD indicator has almost reached its local peak, confirming a decline to $0.041.

Asia’s economy will shrink ‘first time in living memory’ due to...

Award-winning forecaster says U.S. economy might not heal by next year,...